The story of Elektra begins just after the 2nd world war, 1947. The espresso machine brand wasn’t called Elektra by then, but La Tarvisum. This is a reference to the latin name of the location where the company was founded, Trevisio, close to venice. The name change came in 1965.

From the founding in 1947 of the Elektra coffee machine company there have been multiple patents. In the 1950ies a automatic dispensing unit, in the 1960’s seal free water level regulation. In 1968 was the founding of a automatic dosing unit, controlled by a solenoid valve. In 1968 the electronic 5 dose dispensing was patented by Elektra. Based on the patents you can see the development of the modern espresso machine. 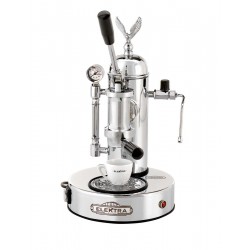