La San Marco was founded a couple of years after the first world war in 1920. They started their factory in Udine in the north east of Italy. Their first model was a vertical steam powered coffee espresso machine. This model was typical for that period.

In 1935 they came with the San Marco 900, this was a style machine with a vertical boiler driven by steam pressure. The main difference between the model from 1920 and 1935 is that the models after the war and 20ies where art nouveau. In the 30ies the art deco was more modern.

During the war La San Marco also launched a new model, Model 42. This is a horizontal espresso coffee machine, but still works on the same principle of steam pressure. 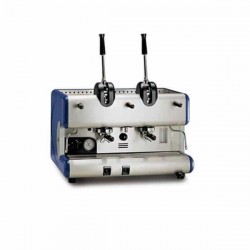